The following are available:

If you would like to come the G.H. Clark Contractors showroom in Prince Frederick, MD we have plenty of samples you can touch and feel. In addition, we can answer any questions you may have or walk you through the entire process step-by-step.

Bay and bow windows are a great addition to any home, giving your rooms some additional dimension and life. If you’re interested in installing bay and bow windows into your home, might we suggest you look no further than GH Clark? Our selection is unmatched and we guarantee that you’ll find the perfect windows for your project. 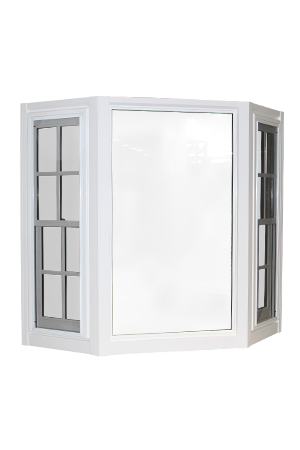 What are bay and bow windows?

Bay and bow windows are very similar in the sense that they both protrude from the exterior of the house. They are made up of more than two panels and offer you more room inside the room for a window seat, shelves, or storage.

However, there are also some distinct differences between bay and bow windows, which we’ll detail below.

Bow windows are often larger than bay windows and they use more panels to create a curved look rather than a sharp structure, creating a bowed shape. They’ll often feature 4 to 6 panels, but there is the option to opt for even more panels. The possibilities are endless!

How much does bay and bow windows cost?

Unfortunately, we have no way of determining exactly how much your bay and bow windows are going to cost. However, we’ve collated some of our average prices to give you some insight into the overall cost that you might be looking at.

Bay and bow windows are made up of more than one panel of glass and therefore cost more than flat windows do. They also often need to be custom made to your specifications, which adds more labor charges to the bill.

GH Clark offers three installment plans to help you cover the costs of your bay and bow windows; however, so we suggest that you call for a free quote. There is no obligation after the estimate has been given, so feel free to give us a ring on (410) 414-7060 between the hours of 9 am to 5 pm, Monday to Friday.

GH Clark creates all of their windows from scratch so that they’re custom made to every individual order. This means that your bay and bow windows will be exactly what you need for your house, without the hassle of ill-fitting windows and expensive amendments.

Bay and bow windows can be rather expensive, particularly when you’re purchasing more than one, so a great benefit that GH Clark provides you with is a free lifetime warranty. That’s right – you don’t have to worry about your investment going down the drain in case you’re not satisfied with something.

GH Clark bay and bow windows are created with impressive insulation to keep your energy bills at a minimum. Each of the panels will have a layer of argon gas trapped between each of the panes. As the gas is heavier than air, it prevents heat from escaping through the glass.

In fact, GH Clark windows are ENERGY STAR rated and therefore you’ll see an impressive difference in your overall consumption. Think of your bay and bow windows as investments into your future – choosing GH Clark will ensure that you save money in the long run through your household bills.

Here at GH Clark, we believe that everyone deserves to be able to access the best windows possible, so we cater to a large variety of areas. Below are the areas that we cover: